Why is it still considered brave to talk openly about your mental health issues? 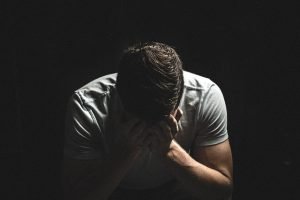 I don’t recall the exact year, I do know that it was somewhere around 1983. I was working as part of a small team of engineers maintaining a telephone exchange located close to Moorgate in the City of London.

One day we were informed that we would have somebody new joining the team. I’m not entirely sure why Jim joined us, I don’t recall there being a position vacant at the time. The image that I have in my mind of him is still so clear to this day; tall, gangly, dark hair parted in the centre and glasses. I’m not sure what it was about Jim but I never felt as though he quite fitted in. He felt quite close to me; we performed similar roles so would work together and quite often we’d spend a lunch break playing snooker or darts.

It didn’t feel like he was with us for very long but I remember arriving at work one morning to be told that Jim had taken his life.

That never registered with me. I could never understand why Jim or anyone for that matter would choose to take their own life. That was until 2012 when I found myself experiencing those same feelings.

In July of this year I chose to leave that company. I thought long and hard about what I wanted to say in the farewell email that I’d send to my colleagues. I wanted to say more than a simple ‘thank you’, I wanted it to be of some value.

I’d managed to get through my depression in 2012 with the aid of antidepressant medication. In 2017 I started to notice those same feelings that I’d experienced in 2012. I knew that I needed to act but I didn’t want to go back onto medication; I needed an alternative.

The company I worked for take mental health seriously and they offered a completely confidential service that provided access to mental health professionals. I took advantage of the service and following a number of visits to a practitioner and the implementation of a daily mindfulness meditation routine those feelings began to subside. My mental health improved to the point where I didn’t need any medication.

In my farewell email I wanted to draw attention to the confidential service. It wasn’t widely publicised and I’d only come across it following a search of the internal internet. I wanted to let my colleagues know that it existed and to that end I related the story of my mental health challenges.

Why brave? – My belief is that this stems from the social stigma that surrounds mental health that, in itself, leads to prejudice and discrimination. It is one reason why mental health isn’t openly discussed and why a person is considered to be brave when they choose to open up and talk about their experiences.

As part of the volunteering work that I do I was fortunate to be able to attend a half-day mental health awareness training session provided by MHFA England. I would encourage all businesses to take advantage of the services offered by MHFA England.

MHFA England’s training courses teach people to spot the signs of mental health issues, offer initial help and guide a person towards support. Their two-day course will train employees to become mental health first aiders. Their half-day course will benefit all employees, giving them sufficient knowledge to be able to look after themselves and look out for each other.

The good people over at Happy Happy Vegan have taken the time to put together a global list of Mental Health Helplines, Suicide Hotlines, and Depression Advice Centers.

If you need someone to talk to or you’re seeking advice then please have a look at this useful and detailed resource. 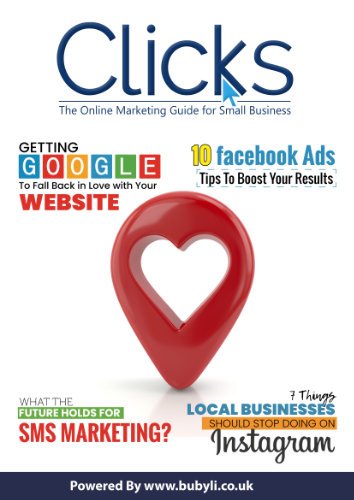 Stuck for ideas on how to best market your business online?

Get the latest strategies, tips and techniques to get more leads for your local business and make more sales.

You have successfully secured your copy.

By claiming your copy of our digital marketing magazine you agree that we may send you emails that are aimed at bringing you value and may occassionally contain an offer that is linked the digital marketing services that we provide.

This website uses cookies to improve your experience while you navigate through the website. Out of these cookies, the cookies that are categorized as necessary are stored on your browser as they are essential for the working of basic functionalities of the website. We also use third-party cookies that help us analyze and understand how you use this website. These cookies will be stored in your browser only with your consent. You also have the option to opt-out of these cookies. But opting out of some of these cookies may have an effect on your browsing experience.
Necessary Always Enabled
This is a necessary category. These cookies are required to enable the website to function correctly.
Non Necessary
This is a non-necessary category. Cookies in this category allow us to see how our website is used and allow us to make improvements to better serve our visitors.
Save & Accept